What are prescription opioids?

Prescription opioids are medications that are chemically similar to endorphins – opioids that our body makes naturally to relieve pain. They are also similar to the illegal drug heroin. In nature, opioids are found in the seed pod of the opium poppy plant. Prescription opioids usually come in pill or liquid form, and are given to treat severe pain—for example, pain from dental surgery (read more about drug use and your mouth), serious sports injuries, or cancer. If you are in the hospital, they can be given through an IV (needle and tube) in your arm. Opioids are sometimes prescribed to treat pain that lasts a long time (chronic pain), but it is unclear if they are effective for long term pain.

When opioids are taken as prescribed by a medical professional for a short time, they can be relatively safe and can reduce pain effectively. However, taking prescription opioids, puts you at risk for dependence and addiction. Dependence means you feel withdrawal symptoms when you stop taking the drug. Continued use can lead to addiction, where you continue to seek out the drug and use it despite negative consequences. These risks increase when the medications are misused. Prescription medications are some of the most commonly misused drugs by teens, after tobacco, alcohol, and marijuana.

Opioid medications can be natural, created in labs from natural opioids, or synthetic (human-made). Common opioids and their medical uses are listed below.

Fentanyl is a powerful synthetic (human-made) opioid that is 50 to 100 times stronger than morphine, and is prescribed for extreme pain. It is extremely dangerous if misused, and is sometimes added to illicit drugs sold by drug dealers. Find out more about Fentanyl.

How Prescription Opioids Are Misused

People misuse prescription opioid medications by taking them in a way that is not intended, such as:

What happens to your brain when you misuse prescription opioids?

When opioids enter the brain, they attach to molecules on cells known as opioid receptors. These receptors are located in many areas of the brain and body, especially areas involved in feelings of pain and pleasure, as well as a part of the brain that regulates breathing.

Opioids affect the brain's "reward circuit," causing euphoria (the “high”) and flooding the brain with the chemical messenger dopamine. Surges of dopamine in the reward circuit encourage you to continue pleasurable but unhealthy behaviors like taking drugs, leading you to repeat the behavior again and again. Repeated surges from drug-taking can lead to addiction.

What can happen to your body when you misuse prescription opioids?

In addition to pain relief, other effects of opioids include:

Mixing prescription opioid medications with alcohol can cause a dangerous slowing of the heart rate and breathing. This can lead to a coma or death.

People who use prescription opioid medicines for a long period of time increase their risk of addiction and overdose.

Can you overdose or die if you misuse prescription opioids?

Yes, you can overdose and die from prescription opioid misuse. In fact, taking just one large dose could cause the body to stop breathing.

Overdose deaths involving prescription opioids rose sharply from about 3,400 in 1999 to more than 17,000 in 2017. While overdose deaths linked to prescription opioids have declined steadily until 2019, they increased again and more than 16,000 people died from an overdose of prescription pain medication in 2020. The risk of overdose and death increases if you combine opioids with alcohol or other medications that also slow breathing, such as benzodiazepines (e.g. Xanax®). Among all age groups, males are more likely to overdose from prescription pain medicines than females are.1

Signs of a possible prescription opioid overdose are:

People who are showing symptoms of overdose need urgent medical help (call 911 immediately). A drug called naloxone can be given to reverse the effects of an opioid overdose and prevent death—but only if it's given in time.

Naloxone is available as an easy-to-use nasal spray called Nasal Narcan® or autoinjector with the brand name Ezvio®. It's often carried by emergency first responders, including police officers and emergency medical services. In some states, doctors can now prescribe naloxone in advance to people who use prescription opioids or to their family members, so that if an overdose happens, naloxone can be given right away without waiting for emergency personnel (who may not arrive in time).

How are prescription opioids connected to heroin use?

Opioid withdrawal can cause:

Doctors, dentists and other health care providers who prescribe opioids know how to weigh the risks of opioid dependence and addiction against the benefits of the medication.  Patients should communicate any issues or concerns to their doctor as soon as they arise. The earlier a problem is identified, the better the chances are for long term recovery. Learn more about dentists and prescription opioid medications.

These symptoms can be extremely uncomfortable and are the reason many people find it difficult to stop using opioids. There are medicines being developed to help with the withdrawal process. The FDA approved lofexidine, a non-opioid medicine designed to reduce opioid withdrawal symptoms.

Miss America 2020 Camille Schrier wants to help educate others about the importance of using medications safely.

In this lesson, students will get an understanding of the unexpected and potential dangerous effects associated with mixing medications and...

A visually appealing booklet for students that explains how prescription pain medicines, opioids, change the way the communication centers in... 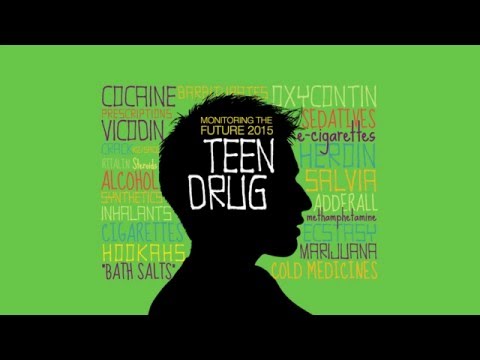