What is methamphetamine (meth)?

Methamphetamine—known as “meth”— is a laboratory-made, white, bitter-tasting powder. Sometimes it's made into a white pill or a shiny, white or clear rock called crystal. Meth is made in the United States and often in Mexico—in "superlabs"—big, illegal laboratories that make the drug in large quantities. But it is also made in small labs using cheap, over-the-counter ingredients such as pseudoephedrine, which is a common ingredient in cold medicines. Drug stores often put these products behind the counter so people cannot use them to create meth in home labs. Other chemicals, some of them toxic, are also involved in making methamphetamine. Meth is sometimes pressed into little pills that look like Ecstasy to make it more appealing to young people.

Methamphetamine is a stimulant drug. Stimulants are a class of drugs that can boost mood, increase feelings of well-being, increase energy, and make you more alert. But they also have dangerous effects like raising heart rate and blood pressure, and use can lead to addiction. Methamphetamine’s pleasurable effects can disappear even before the drug levels fall in the blood, leading people to use more and more, sometimes not sleeping and using the drug for several days.

Methamphetamine is classified as a Schedule II drug, meaning it has high potential for abuse and is legally available only through a prescription that cannot be refilled. It is prescribed by doctors in limited doses in rare cases for certain medical conditions.

How Methamphetamine Is Used

“Crystal meth” is a large, usually clear crystal that is smoked in a glass pipe. Smoking or injecting the drug delivers it very quickly to the brain, where it produces an immediate and intense high. Because the feeling doesn’t last long, users often take the drug repeatedly, in a “binge and crash” pattern.

What happens to your brain when you use methamphetamine?

There are many neurotransmitters, but dopamine is the one that reinforces cravings for pleasurable behaviors,  like eating a piece of chocolate cake or playing a video game. With repeated use, stimulants like methamphetamine can disrupt how the brain’s dopamine system works, reducing a person’s ability to feel pleasure from normal, everyday activities. People will often develop tolerance, which means they must take more of the drug to get the desired effect. If a person becomes addicted, they might take the drug just to feel “normal.”

Learn more about how the brain works and what happens when a person uses drugs.

What happens to your body when you use methamphetamine?

The short-term effects of methamphetamine include:

Methamphetamine can be even more harmful when mixed with alcohol.

Continued methamphetamine use can cause effects that last for a long time, even after a person quits using the drug. These effects include:

Courtesy of the American Dental Association

Can you overdose or die if you use methamphetamine?

Yes, it is possible. Methamphetamine can raise your body temperature so much that you pass out. If not treated right away, this can cause death. Death can also occur from heart attack or stroke because the drug raises your heart beat and blood pressure, and constricts blood vessels. Nationwide, overdose deaths from the category of drugs that includes methamphetamine increased by 7.5 times between 2007 and 2017.1 In recent years, drug dealers have been secretly adding the deadly opioid fentanyl to methamphetamine, because it is cheaper to make. It is estimated that half of the deaths from meth use also involved a dangerous opioid like fentanyl.

Yes. Methamphetamine use can quickly lead to addiction. That’s when people seek out the drug over and over, even after they want to stop and even after it has caused damage to their health and other parts of their life.

Methamphetamine causes tolerance—when a person needs to take more of it to get the same high. People who usually eat or snort meth might start to smoke or inject it to get a stronger, quicker high.

How many teens use methamphetamine?

The chart below shows the percentage of teens who say they use methamphetamine.

Explore teen substance use trends over time, by grade and substance with an interactive chart featuring Monitoring the Future data from 2016 to present.

Methamphetamine (meth) is a stimulant drug that can cause more serious problems than just "meth mouth".

A visually appealing booklet for students that explains how methamphetamine changes the way the communication centers in the brain work... 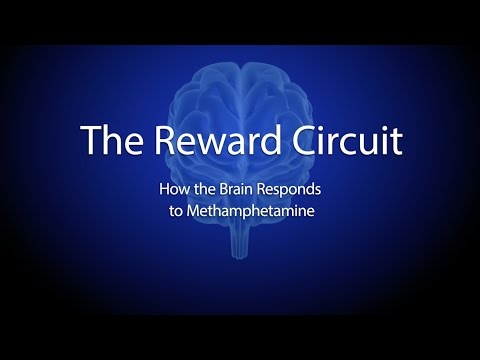 The Reward Circuit: How the Brain Responds to Methamphetamine