Cocaine is an addictive stimulant drug made from the leaves of the coca plant native to South America. Cocaine comes in two forms:

How Cocaine Is Used

There are a few different ways that cocaine can enter the body: through the nose by snorting, and directly into the blood stream by injecting or rubbing it into gums above the teeth. The crystal of crack cocaine is heated in a glass pipe to produce vapors that are absorbed into the blood through the lungs.

What happens to your brain when you use cocaine?

There are many neurotransmitters, but dopamine is the main one that makes people feel good when they do something they enjoy, like eating a piece of chocolate cake or playing a video game. Normally, dopamine gets recycled back into the cell that released it, thus shutting off the signal. Stimulants like cocaine prevent the dopamine from being recycled, causing a buildup of the neurotransmitter in the brain. It is this flood of dopamine that reinforces taking cocaine, “training” the brain to repeat the behavior.  The drug can cause a feeling of intense pleasure and increased energy.

With repeated use, stimulants like cocaine can disrupt how the brain’s dopamine system works, reducing a person’s ability to feel pleasure from normal, everyday activities. People will often develop tolerance, which means they must take more of the drug to get the desired effect. If a person becomes addicted, they might take the drug just to feel “normal.”

After the "high" of the cocaine wears off, many people experience a "crash" and feel tired or sad for days. They also experience a strong craving to take cocaine again to try to feel better.

What happens to your body when you use cocaine?

Cocaine is a stimulant so it gives the body a feeling of stimulation and alertness, which can be both pleasurable and harmful. Cocaine’s short-term effects appear quickly and disappear within a few minutes to an hour. How long and intense the effects are depends on the method of use. Here are some of the ways cocaine affects the body:

The long-term effects of cocaine depend, in part, on the method of use and include the following:

Can you overdose or die if you use cocaine?

One of the most famous victims of cocaine overdose is Len Bias, a senior at the University of Maryland, who had been drafted as the No. 2 pick by the Boston Celtics on June 17, 1986. Just 2 days later, he died from a cocaine overdose.

Cocaine can be deadly when taken in large doses or when mixed with other drugs or alcohol. Cocaine-related deaths often happen because the heart stops (cardiac arrest), then breathing stops. Using cocaine and drinking alcohol or using other drugs increases these dangers, including the risk of overdose.

For example, combining cocaine and heroin (known as a “speedball”) puts a person at higher risk of death from an overdose. In rare instances, sudden death can occur on the first use of cocaine or soon after. Among the deaths that occurred from cocaine use, most also included misuse of an opioid of some form, either a prescription pain reliever, heroin, or man-made opioids like fentanyl.

Yes, repeated cocaine use can lead to addiction. Addiction is a devastating brain disease in which people can’t stop using drugs even when they really want to and even after it causes terrible consequences to their health and other parts of their lives.

Because a cocaine high usually doesn't last very long, people take this drug again and again to try to keep feeling good. Once addicted, people who are trying to quit taking cocaine might experience withdrawal symptoms, including:

The right treatment, however, can help a person who is addicted control cravings and stop using cocaine.

How many teens use cocaine?

The chart below shows the percentage of teens who use cocaine.

Explore teen substance use trends over time, by grade and substance with an interactive chart featuring Monitoring the Future data from 2016 to present.

For more statistics on teen drug use, see NIDA’s Monitoring the Future study.

Did Coca-Cola Ever Contain Cocaine?

When Coca-Cola was invented, cocaine was legal and a common ingredient in medicines.

What Does Cocaine Do To Your Body? Test Your Knowledge

Cocaine use, like all drug use, can have some heavy effects on a person's body. Take this quiz to find...

A Personal Story of Sorrow and Hope: The Jacob P. Waletzky Award

If there had been a treatment that worked, Jacob would have used it. He’d had several treatments that helped some—but...

A visually appealing booklet for students that explains how cocaine changes the way the communication centers in the brain work... 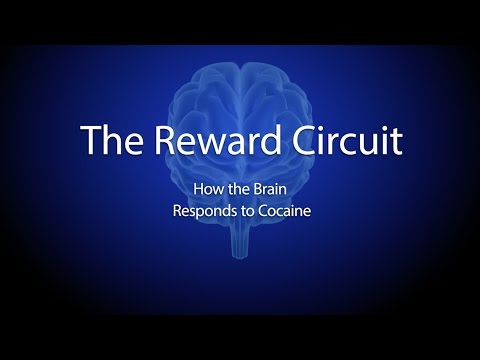 The Reward Circuit: How the Brain Responds to Cocaine